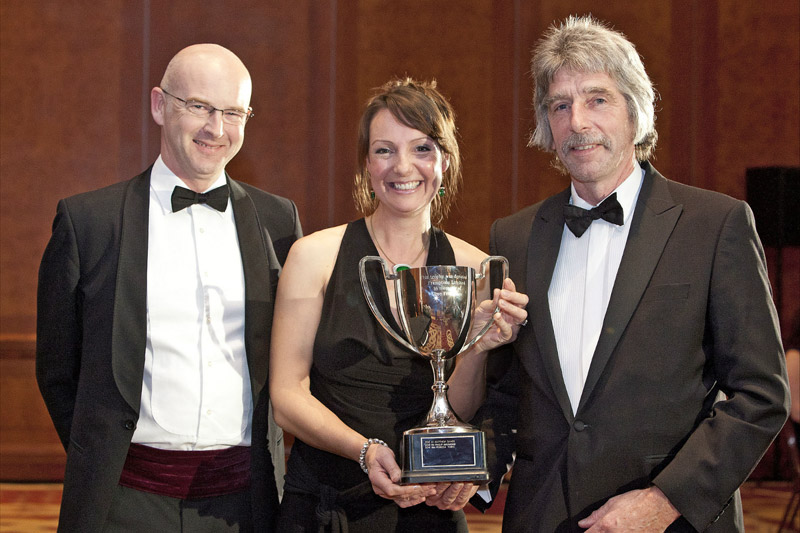 In 2014 the winner of the EPIC Young Poultry Person of the Year Award was Mrs Rebecca Tonks.

When Christine and Richard Tonks left dairy farming thirty years ago and began producing eggs on Ventonwyn Farm in the heart of the Cornish countryside, little did they know how much impact their daughter Rebecca, then only eight years old, would have, not only on their own business but on poultry and egg production more widely.

Both Richard and Christine still lend their experience wherever it’s needed but since Rebecca became a partner five years ago, her dynamic ideas and tireless energy have completely transformed St Ewe Eggs. Turnover and staff numbers have more than doubled since 2010 while profitability has increased threefold as a result of product development, a vigorous approach to efficiency and the investment in a new grader, which has doubled the speed of production.

Rebecca’s proactive stance and attention to quality has led to new business with four of the major multiples and Ocado, along with many local wholesalers and retailers. Fans include Michelin starred chef Chris Eden, who insists on using only St Ewe eggs and often pops in to pick up his own supplies.

Such is the demand for St Ewe Eggs that the farm has taken on three dedicated partner producers in Devon and Cornwall and the combined flock is now over 50,000 birds – a far cry from the initial 1,500 birds. St Ewe pays a premium price to these partner farms, where all hens are truly free range and are fed a carefully developed ration to ensure consistent quality. This approach to creating economies of scale helps to sustain family-size farms by providing them with a secure and profitable market – an interesting alternative to the common acquisition route, with the ability to be replicated as demand dictates.

Rebecca’s innovative streak really took hold in 2013 when she discovered the incredibly wide-ranging role that the micronutrient selenium plays in dietary health. Selenium contributes to the prevention of oxidative damage, is essential for proper thyroid function and plays an important role in fertility, yet the average selenium intake in the UK is significantly lower than both the EU and UK Recommended Daily Allowances for selenium.

Rebecca theorised that by feeding hens a natural selenium supplement, she could create a product that could help address this shortfall. Working with the organic selenium supplier, Alltech, she has produced, simply and naturally, an egg which contains well over 40% of the EU RDA for adults, the first selenium-enriched egg on the UK market.

The eggs are sold under the new Boost the Roost brand in distinctive coral red boxes, adding new life and differentiation to the egg category. By opening up a niche with health conscious shoppers of all ages, the brand is spreading beyond the normal geographical range of St Ewe Eggs and generating sales nationwide.

It is not every day that someone truly visionary comes along with enough drive to turn their visions into reality and deliver real change. Rebecca is one of those people and she will without doubt continue pushing the boundaries.