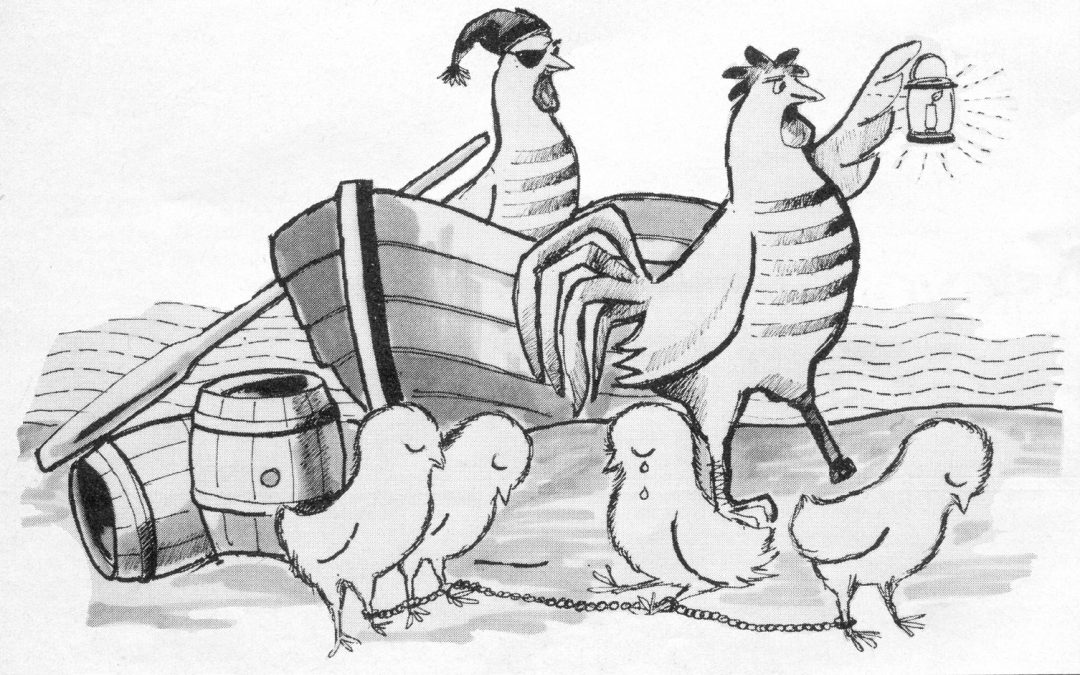 The American table strains entry to Britain came in 1948-49 when around 400 hybrid meat line females were imported – legally – to Scotland by Rupert Chalmers-Watson’s Scottish, by American linked, company Chunky Chicks (Nichols) Ltd. Not long afterwards (1950) the UK’s traditional breeders successfully lobbied for regulations to protect “Britain’s world-beating breeds and crosses”. This ruled out further importations for many years – setting back the development of the British broiler Industry, although this was not the lobby’s motive.

However in 1954-55 two important factors occurred. First, USA scientists perfected techniques which extended the storage life of cockerel semen from 0.5-1.5 hours to nearer 5-6 hours. Second, the fast 707 jet airliner was introduced on the Boston-Prestwick crossing.

Illegally, but ultimately saving the British broiler industry millions of pounds, an American took a gamble – a semen vial in a vacuum flask was flown by 707 from a cockerel milking in America to Prestwick Airport. The flask was left in the arrivals area ‘gents’ as the importer passed the tiny vial, undetected through passport control and into another waiting flask. Then on by fast car to one of Chunky’s farms.

The whole operation took around eight hours at a period when the UK scientists believed the life of avian semen to be around 30 minutes. It was however successful and no retribution followed, although any recrimination might have been scientifically squashed; the operation being technically impossible by UK standards.
In England about this time North Holland Blues were illegally imported to Wiltshire, with a view to developing a British broiler – but the Americans were too far ahead to be caught. However some prolific White Leghorns.

from the States also came in by a questionable route. They formed the male line (onto a female RIR) of the Sykes H3 layer which dominated the sixties layer industry.
Other broiler lines arrived as hatching eggs, imported – suitably coated in chocolate – under the guise of Easter eggs.

At the time it appeared to some, incredible folly that the UK should put up these importation barriers when obviously licking its wound after many years of war – the UK urgently required the genetically improved US egg, broiler and turkey strains.

In his 1963 book Poultry – a Modern Agribusiness Geoffrey Sykes assessed the value of smuggling of US poultry into the UK to be worth a saving of £34 million, annually.

What next? The rest is history!

If you have any memories of key moments we have missed, or any errors in the details we have included, please don’t hesitate to get in touch. With your help we can get get this section as clear, concise and accurate as possible.