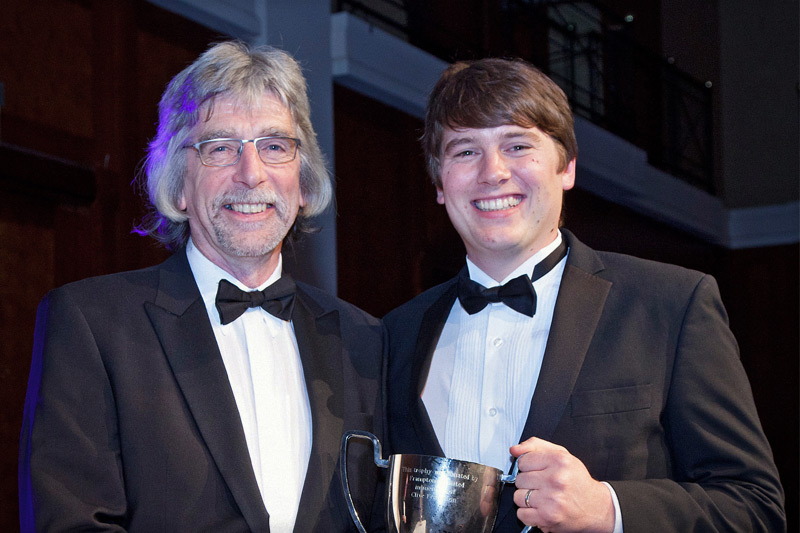 At the age of 27, Dr Pace has already obtained a doctorate from The University of Leeds, as well as working for the university as a Research Manager, running their pig and poultry nutritional trials, before returning to the home farm last year. The family business consists of 400 acres arable and grassland, a 72,000 enriched caged layer unit and 56,000 free-range hens, grading and packing eggs direct to wholesale, retail and end consumer customers. The family mix their own feed and rear pullets for the layer unit.

Steven was one of the participants on the 2015/16 NFU Poultry Industry Program (PIP) which is aimed at developing skills and knowledge of young people working in the poultry sector. Steven said: “I came back to the farm to help manage and run the expansion of our poultry business. Although our family has a wealth of experience in the poultry industry, I had just come back to a commercial setting, so the opportunity to be part of the NFU PIP this year was one I couldn’t turn down.

“I wanted to understand and learn more about other parts of the poultry industry and how others manage their businesses. The programme has certainly delivered on this front. Highlights of the programme for me have been the trip to Westminster where we had the opportunity to discuss different aspects around agricultural policy. Also interesting was the trip to Aldi which opened my eyes to how retailers view food and farming”.

Following on from Steven winning the NFU award, he was then nominated for the EPIC Young Poultry Person of the Year award which he won and was presented with his award at a presentation dinner on the 7th November. On winning his award Steven said:

“The fact that I have recently be told I am the winner of this year’s NFU PIP award, as well as being announced as the EPIC Young Poultry Person of the Year, has just been the icing on the cake.”