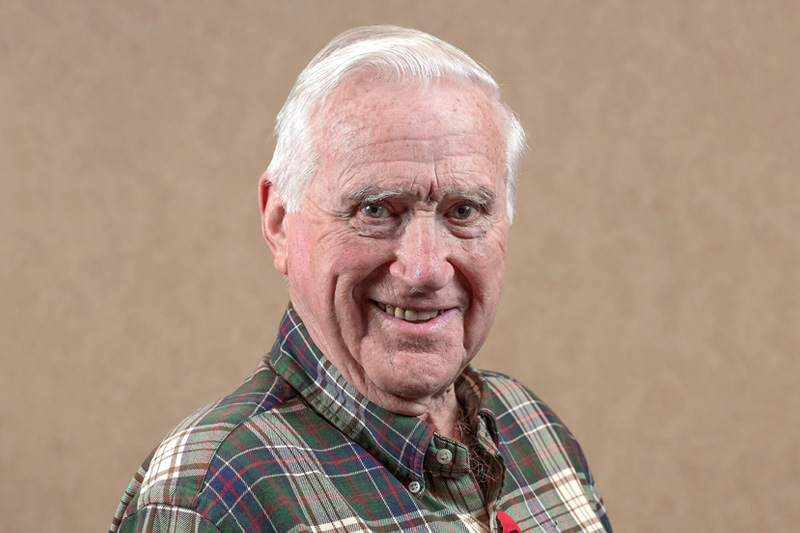 Left Durham University to become a farm manager (cows and corn) until the age of 29 when he joined the poultry industry – 57 years ago. Then came 12 years with international breeding companies as either Managing Director or General Manager of companies such as Arbor Acres UK, Bernard Matthews and River Rest UK.

He then started with his own turkeys and over the next 46 years he has developed Kelly Turkeys, with the help of his son Paul (Managing Director) to its present position.

The Rupert Chalmers Award was created for: “Outstanding contribution and commitment to the turkey industry over a significant period.” – Derek, received this award in 1995.

In January 98, Derek was included in the Queen’s New Year Honours List and awarded the MBE for his services to the farm-fresh poultry industry. He is either chairman, president, or on the board of every organization that matters in the poultry sector and his KellyBronze Turkeys have won the QBT award on 8 occasions!

Derek remains Chairman of the group and in 2016 was Awarded a Lifetime Achievement Award by EPIC, whilst also becoming Patron of the Turkey Club UK.

In his “spare” time he has a herd of Black Aberdeen Angus and is an Associate Director of Norwich City Football Club.