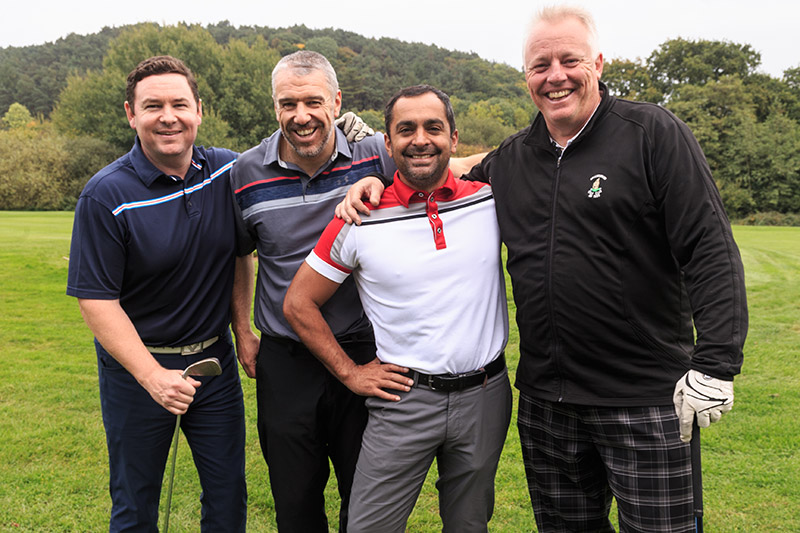 Boasting superb golf courses and terrific facilities within the hotel grounds. Carden Park once again played host to the 2017 EPIC golf competition. 66 players had the exclusive use of the Cheshire course for the day which started with a 9 hole team scramble for the PD Hook/Aviagen trophy to get everyone warmed up and in the swing for the main event in the afternoon.

A shotgun start at 10.15am ensured that all were back and ready for lunch at 12.30 before going out again to play the individual stableford competition for the EPIC trophy at 1.30pm.

Whilst it remained overcast for most of the day, at least it did not rain and there was relatively little wind so a good days golf was enjoyed by all.

The morning scramble was won by Andy Dutton’s team from DR & P Insurance. The 18 hole stableford competition for the EPIC Golf Trophy in the afternoon was a close affair with only countback separating the winner, Stuart Burrell from Cobb from Allan Ball from Slatehall Veterinary Practice. As well as a generous prize on the day Stuart will attend the EPIC conference as a guest of the EPIC organising committee, which comprises of 2 nights accommodation at Celtic Manor and all meals and conference registration. The EPIC trophy will be presented to Stuart at the Sunday evening buffet.

A shotgun start for the afternoon round meant that everyone was back relaxed and ready for dinner well before the 7.15 pm start.

We will be repeating this very successful formula for next year’s event, which will once again be held at Carden Park on the 25th of September 2018. Next year to add variety, the competition will be played on the Nicklaus course. Further details will be announced in the spring but if you wish to be included in the mailing list please let me know at the address below.