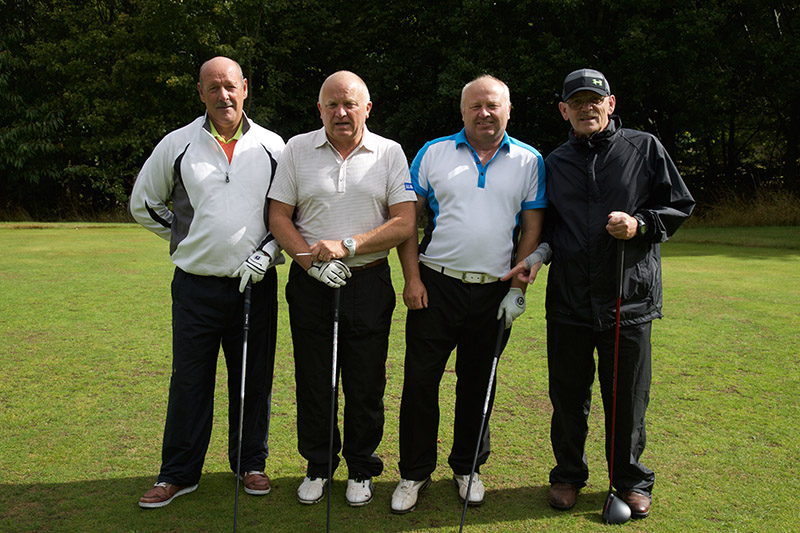 55 golfers of varying standards gathered at Carden Park on what turned out to be after a less than promising start, a great days golf. We were greeted by torrential rain and course closed signs on our arrival but after coffee and bacon rolls and within 30 minutes of the rain stopping the course which was in superb condition was very playable and play commenced at 9.30 am with the morning 9 hole scramble.

Carden Park lends itself to using buggies as there are some long walks between greens and tees and this helped speed up play. The golf itself was of its usual mixed standard but everyone enjoyed the format. The scramble was won by some well-known faces in the industry – Ken & David Morris & John & Tom Wood.

Following a light lunch the EPIC competition itself got under way using the familiar Stableford format and with some creative handicaps in evidence from one or 2 bandits in the party. However the winner (David Morris) posted a quite superb 43 Stableford points which off a handicap of 8 meant that he went around the course in 73 shots which is remarkable. It is very unusual for a low handicapper to win an event such as this and this made David a very well deserved champion. David will be a guest of the EPIC organising committee for 2 days at Celtic Manor and will be presented with the EPIC trophy at the White Meat Supper on the Sunday evening.

The event though caters for all abilities and is open to anyone in the industry even if you have no plans to attend the conference. The rain just about held off for the afternoon to ensure a very enjoyable days golf was had by all.

Such was the positive response to the change of venue and the quality of the course we have already booked it again for 2016. So a date for you diary is September the 6th. Why not come along and see for yourself, better still book a four ball and bring some poultry industry guests.